Beryl Young helps moms use photography as a tool to reignite their creative spark and build greater confidence while raising kids.

Beryl Young helps moms use photography as a tool to reignite their creative spark and build greater confidence while raising kids.

Beryl understands the stress and overwhelming nature of the role and has developed Momtography, a creative business solution to help moms capture the joys in life without adding stress.

Beryl is part of the 2019 Velocity Creative Accelerator cohort, joining us from Lovettsville, Virginia. She stumbled upon Velocity through a late night of Googling. “I knew I needed a cash flow intervention for Momtography, and a friend recommended looking into loans or investors”, says Beryl. After finding Velocity, she knew that it would be a supportive space to explore her options.

In 2009, Beryl and her husband found out she was pregnant and began researching the cost of newborn photographers. After finding out the cost, Beryl decided to purchase her own DSLR camera to capture memories of her growing family.

Four months after finding out she was pregnant, Beryl lost her first daughter. Instead of using the camera she bought to document this exciting time in her life, Beryl used it to process her grief and healing. 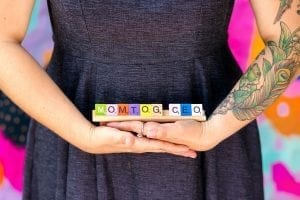 A year later, Beryl found out she was pregnant again. She now has a healthy, vibrant nine-year-old daughter. While Beryl was on maternity leave, she created Momtography – a community for moms to capture, develop, and preserve what matters most in their life. Momtography is for the mom who wants to learn how to use their new camera, and for the mom who is an aspiring professional photographer.

Beryl comes from a family of entrepreneurs. Her dad, mom, and sister are all entrepreneurs as well. “There’s definitely a thread that runs through our family, so it’s no surprise that I started my own business”, says Beryl.

Even though Beryl grew up surrounded by entrepreneurs, she did not always have an entrepreneurial spirit. “I was that person that was checking all the boxes and following all the ‘shoulds’”. After graduating from college, Beryl became a teacher. She always knew she wouldn’t teach forever, but she didn’t know what her next move would be.

Photography was a side gig during her time as an elementary teacher for 10 years. It wasn’t until her need for creativity wasn’t being met that Beryl decided to go full-time with Momtography in 2013. 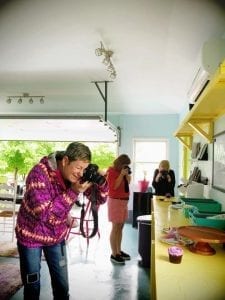 Since going full-time in 2013, Beryl has launched online and in-person courses that break down technical photography, step-by-step. After teaching these courses locally, she realized that moms really enjoyed being in a community and talking with other moms.

Beryl is building a movement that bridges in-person and online learning. Through her time with Velocity, Beryl developed the idea to build in-person Momtography Clubs. It’s all about the community for Beryl. It’s about self-discovery, telling your life story, and making meaning from it.

Beryl has big dreams for Momtography. She wants to see Momtography Clubs in every state and internationally, write a book, and start an annual conference. With the many goals and dreams, education is still at the core of what Beryl does. “If I’m able to spread creativity into the world, and with moms especially, that’s going to filter down to their kids and hopefully into the education system”.

See Beryl and the Velocity startups in action on Demo Night on September 26. Explore demo tables and hear each team’s pitch. This is your chance to discover the next big thing in creative entrepreneurship!